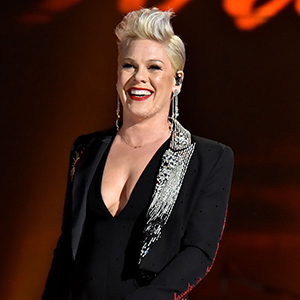 Read the story at Billboard.

Pink is in the midst of her 2019 Beautiful Trauma world tour, with a stop at Bridgestone Arena in Nashville on Sunday night (Mar. 10). After the show, the songstress stopped by a local bar for some good old fashioned Music City fun.

Fans at Tootsie’s Orchid Lounge on Lower Broadway were surprised when Pink took the stage, and the singer was met with claps and squeals in a video published by news station WKRN. She covered Janis Joplin’s classic, “Me and Bobby McGee.”

Tootsie’s is a common stop for major superstars. Post Malone dropped by last year to perform, and the bar has also been used for Jake Owen and Brad Paisley videos.