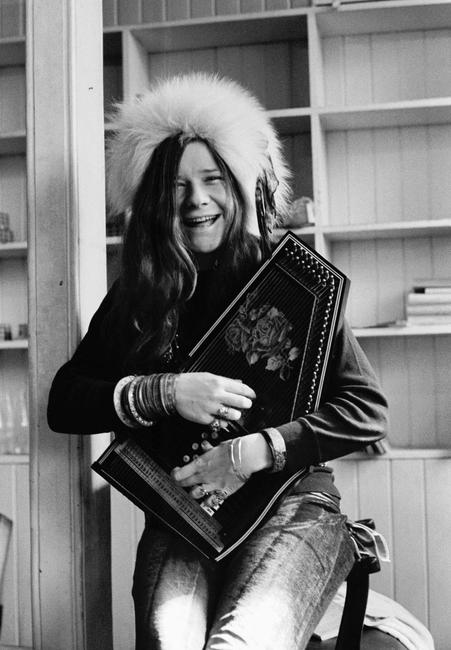 The Gerald Peters Gallery, Santa Fe will present the upcoming autumn exhibition: On the Road with Janis Joplin: Photographs by her road manager, John Byrne Cooke, opening October 4 from 5-7 pm.

John Byrne Cooke experienced the 1960s within the music of the counterculture. As a musician and rock road manager during this turbulent decade, Cooke was always taking photographs. His subjects span the transition from folk music to rock, including Bob Dylan and Joan Baez, Janis Joplin and Jimi Hendrix, to traditional musicians such as Doc Watson, Mississippi John Hurt and many more.

As a member of the Charles River Valley Boys bluegrass band in Cambridge, Massachusetts, his musical home was the legendary Club 47, one of the principal wellsprings of the folk music boom. When folk gave way to rock and roll, Cooke moved to San Francisco, home of the Haight-Ashbury and acid rock, to become the road manager for Big Brother and the Holding Company and Janis Joplin.  He wasn’t just another photographer hanging around in rehearsals and backstage, or trying to shoot from the wings during a concert. He wasn’t an outsider in the company of musicians. Cooke was a musician himself. He belonged.

Cooke’s photographs reveal his unique perspective of these luminaries of folk and rock, shown both in performance and in private moments offstage, including a photograph of Joplin two days before Cooke found her dead from a fatal heroin overdose on October 4, 1970.  In recent years, Cooke’s photographs have appeared in books, magazines and television documentaries. His work offers a new archive of affectionate and revealing images from the fabled Sixties. Cooke died in September 2017.

In conjunction with the exhibition, the Santa Fe Independent Film Festival will screen rarely seen film shorts of Janis Joplin. While traveling as her road manager, Cooke filmed Joplin and her band members on Fuji Single-8 film. This film has color superior to Kodak Super-8 and is undimmed by the passage of 40 years. His footage provides a unique and intimate view of Joplin offstage as well as on.