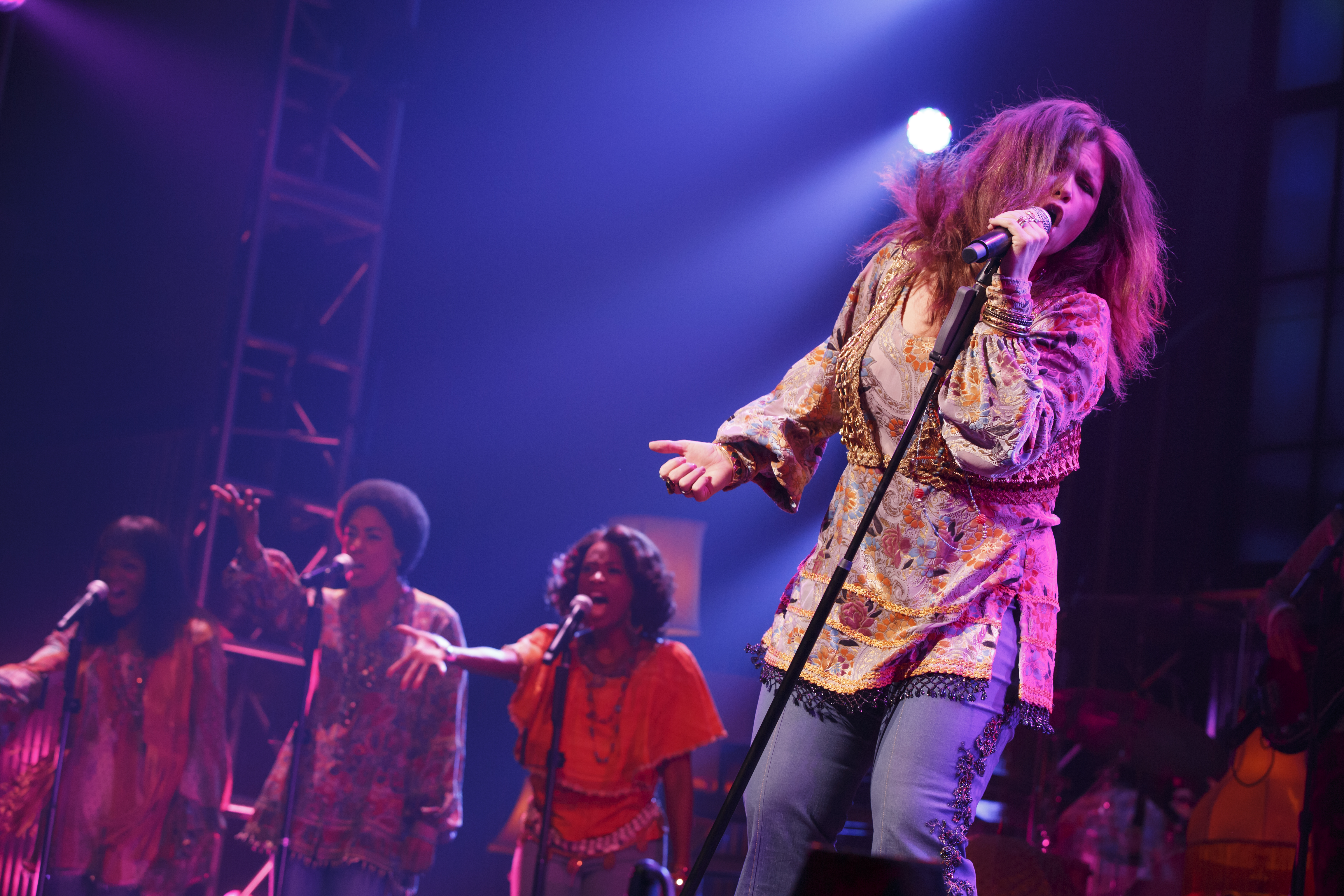 A NIGHT WITH JANIS JOPLIN

Find a theater near you and buy tickets today! https://www.cinelifeentertainment.com/event/a-night-with-janis-joplin/

Janis Joplin exploded onto the music scene in 1967 and instantly became the Queen of Rock & Roll. The unmistakable voice, filled with raw emotion and tinged with southern comfort, made her a must-see headliner from Monterey to Woodstock over 50 years ago.

A Night with Janis Joplin follows the icon’s rise to fame and pays tribute to some of her biggest musical influences — legends like Aretha Franklin, Etta James, Odetta, Nina Simone and Bessie Smith.

The film was directed by Emmy® Award Winner David Horn and stars Mary Bridget Davies, Broadway’s original Janis, in her Tony Award®-nominated role. The stage production was written and directed by Randy Johnson, choreographed by Patricia Wilcox, and produced for the stage by La Mirada Theatre for the Performing Arts and McCoy Rigby Entertainment in association with T&D Productions, LLC. The production was presented in further association with The Estate of Janis Joplin and Jeffrey Jampol of JAM, Inc. Since its premiere in 2011, A Night with Janis Joplin has received multiple nominations/awards and has been seen at sold out engagements nationwide. The show is currently on its third national tour.

CineLife Entertainment’s Executive Vice President, Bernadette McCabe said: “Janis Joplin was an iconic, soulful rock and blues singer and a huge influence on our culture. She lives on in this Broadway to cinema production as if she were standing right in front of you today.”

BroadwayHD’s co-founders and Tony Award® winners’ Bonnie Comley and Stewart F. Lane comment: “We are absolutely thrilled to bring this production to life and share it on the big screen. It captures the electricity and life of the show.”

Janis’ siblings Laura and Michael took part in the production and found rare live recordings that influenced the musical:

“I am thrilled that A Night with Janis Joplin is coming to the big screen. The show brings a lift to my spirit. Dancing in the aisles is a must!” – Michael Joplin

“Let’s Rock Together!  The film’s closeup and wide-angle shots create intense, intimate moments, where we join the audience’s connection with Janis.”  – Laura Joplin

Mary Bridget Davies will also be releasing a new album in 2020! The first “double sided” single from the upcoming album “Stay With Me: The Reimagined Songs of Jerry Ragovoy” will be released on October 25th, 2019, which includes the never before released “The Right Of Way” and a Ragovoy classic: “Stay With Me”. The album consists of rare, reimagined arrangements and some never before released Jerry Ragovoy songs. Mr. Ragovoy was the legendary hit songwriter for such  legendary Joplin classics like “A Piece Of My Heart”, “Cry Baby”, and “Stay With Me”, prominently featured in the Broadway musical,  A Night With Janis Joplin. Mary Bridget Davies will be live in concert for the single release at Le Poisson Rouge on October 26 at 8:00pm.

Tickets for the musical movie are on sale now. For theaters and showtimes visit: https://www.cinelifeentertainment.com/event/a-night-with-janis-joplin/